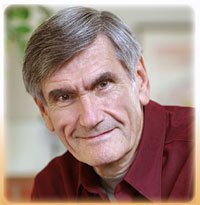 by Marshall B. Rosenberg, Ph.D.

Marshall: For me the subject of anger is very much a political issue. To me anger is not a central issue and I'm worried about thinking of anger as a problem. Thinking about anger as a problem is like a man who is in the habit of smoking in bed and catching the house on fire and he notices there's always this damn fire alarm going off.

By systems I mean governments, organizations, institutions that regulate human affairs. In his books, The Powers That Be and Engaging the Powers, theologian Walter Wink talks about domination systems being ones in which a few people control [many] to their own advantage. In domination systems you have to train people to think in ways that support the system, so they fit the system.

So I don't want to get rid of it in that sense I don't want to be like the man who keeps moving his house because of the alarm. I want to make a radical shift in my thinking so I am not thinking in ways that take part in the domination systems in the world. So systems train people to think in ways that support the system. And how we are trained to communicate is obviously going to affect our human development.

We have been trained to be nice dead people or bullies. When you are in a position of authority you are justified in being a bully. You don't call yourself a bully - you call yourself an authority. In domination systems authorities are given legal power to bully through the system of deserve, in which punishment, rewards and other forms of coercion get you to do things.

For example if you think that human beings are evil, wretched reeps, horrible things - and this view has been widely spread for several thousand years, that human beings are tainted with an evil energy - then obviously you need to set up a system that is controlled from above by those who are more moral, like you and me! And I am wary about you to tell you the truth!

The trouble is that the system has a problem to decide who is the more moral person and is the one to know how to control the other people. There have been some experiments, divine right of kings and the various others, but the idea is that the system follows with a certain consciousness about what human beings are, they have to be controlled. The primary means is a coercive method of controlling human beings to keep them thinking they are worthless little creeps.

What are the basic systems used?

Punishment - make people suffer - the whole idea of penitence is to get people to change. First you have to get people to see what horrible creeps they are. That's why one of the first things a child must be taught to say, and say well, is "Sorry."

Let's get a jackal child puppet.

Jackal Parent: Say you are sorry.

Jackal Parent: I forgive you.

That's what you have to do, you have to make people feel bad about themselves and be penitent.

That¹s why in the United States we call these institutions penitentiaries. The whole idea is you have to make people realize they are evil, so you need a language that does that, you need moralistic judgment that implies evil or bad, with words like: good, bad, right, wrong, abnormal, incompetent etc.

All kinds of words that make you wrong.

There are whole cultures that have not gone that way, where there is almost no violence. They don't have this language.

Question: "Where are these cultures?"

Marshall: Every one wants to move there! Fortunately there are a lot of them.

Fortunately anthropologist Ruth Benedict has done a lot of research in this area. A good place to start is an article in Psychology Today, June 1970 entitled "Synergy-Patterns of the Good Culture." She has written many books on the subject since the 1920s. She's found them all over the world. When she started out she wasn't sure she would find any.

The tribe I have had some contact with is Orang Asilie tribe in Malaysia. I'll never forget what my translator was saying before we got started. He was going over how he was going to translate. He pointed out his language has no verb to be, like [you are] good, bad, wrong, right. You can't classified people if you take away the verb to be. How are you going to insult people? You take away ninety percent of my vocabulary! So I say what are you going to say if I say "You're selfish"?

"Its going to be hard, I'd translate it like this: Marshall says he sees you are taking care of your needs but not the needs of others." He says, "In my language, you tell people what they are doing and what you like them to do differently, it would not occur to us to tell people what they are." He then paused and he looked at me in all sincerity and said, "Why would you ever call a person a name?"

I said you have to know who to punish. Punishment is a totally foreign concept in these tribes and cultures. He looked at me and said, "If you have a plant and it isn't growing the way you would like, do you punish it? The whole idea of punishment is so ingrained in us that it is hard for us to imagine other options. It is totally foreign to people who haven't been educated in domination systems culture. In many of these cultures they look at people who hurt others this way: they are not bad, they've forgotten their nature. They put them in a circle and they remind them of their true nature, what it's like to be real human beings. They've gotten alienated and they bring them back to life.

Marshall: The Orang Asilie. This is interesting. It's not their name, it's the name the surrounding cultures call them and it means 'primitive people'.

People usually ask what were you doing there teaching them Giraffe language when they have their own Giraffe language? It's sad; they were doing quite well. They live in the forest where trees have great economic value in the outside world, so now logging companies are intruding on their space. They don't know how to speak Giraffe with Jackal speaking people. They have one senator who represents 60,000 people. In Malaysia, they heard about my work and asked me if I could do something. He says "You know there are consultants who will show us how to use guns, there's no shortage of these, to get our land back." The senator hoped there is another way.

So back to anger. I hope you're beginning to see that anger is not the issue. The issue for me is the thinking. Walter Wink points out very poignantly, domination systems require that violence be made enjoyable.

You have to make violence enjoyable for domination systems to work. Bob Kandeh from Sierra Leone knows. You can get young people to enjoy cutting off the arms of other young people in Sierra Leone because of the thinking that you are giving people what they deserve. Those people supported that government. When you can really justify why people are bad, you can enjoy their suffering.

In the United States at the time children are watching TV the most, between 7 and 9 pm, in 75 percent of the programs, the hero either kills someone or beats them up. So by the time the average child is fifteen years old, they have observed thirty thousand beatings and murders by the good guys. What does this do to our consciousness? And when does the beating and murdering occur? At the orgasmic climax; we get an orgasmic joy from violence.

Now that is probably not television; it's been going on according to Walter Wink for five thousand years. What does it do when we show this that repetitively to children? It's bad enough if they go to Church or synagogue once a week and listen to a jackal-thinking theologian who uses the good book to justify the violence and punishment of evil. It's bad enough to have that once a week, but when it's flashed across the screen with artistry in front of children's eyes in their growing years, what happens? You see you've got to make violence enjoyable.

So anger is just the human feeling that results from this. I'm glad we're here to study it, because being here to liberate ourselves from our anger means we are here to liberate ourselves from these systems. It requires a radical transformation in our thinking. We bring ourselves back to life, because adjusting to our anger means we are dead. People are surprised to hear that because (raises his voice) "I feel so alive when I am angry." You're not! You've got a lot of adrenaline going. I wouldn't say we were alive, I would say when we are alive we are connected to life. We can be connected to life when we have been trained to think in a life serving way.

So let's contrast the two systems, the domination system and the life serving system. How does life work?

We have needs, all living creatures have needs, and we have a wonderful alarm system that alerts us when our needs are not being met. What is this alert? A motivational system called feelings. In his book Emotional Intelligence, Daniel Goleman points out that this is a natural function of emotions. They tell us when we are not getting our needs met. For example, if my need for food is not being met, but I don't have feelings, then I starve. It's like people who have neurological problems don't know if their hand is on fire or not.

This is basically what Nonviolent Communication is about. If you want to serve life you want to create life-serving systems. We need to really be conscious moment by moment. We need to be as smart as bees and dogs--connected to life. Maybe it's OK to have opinions about the world situation, but if you are starving to death you need to get some food in your system. Let's really focus our consciousness on our human needs, feelings and need-fulfilling actions.

Now anger is a feeling, but anger tells us that a cancerous intruder has come in. We have a need that isn't getting met, therefore it is creating some feelings, but we are thinking in a way that serves domination systems, and this is putting a toxic energy into a natural system. Anger and its cousins, depression, guilt and shame, are all a part of domination systems.

Anger tells us we are thinking the bad guy is somebody else. With depression, guilt and shame we are the bad guy, these are the feelings that result from the thinking of domination systems.

In his book, Nonviolent Communication: A Language of Compassion, and in an audiotape entitled Expressing and Receiving Anger Compassionately, Marshall shows how we can transform anger into life-connected feelings that will help us meet needs.